Back to all EZ Links / IBS Reviews 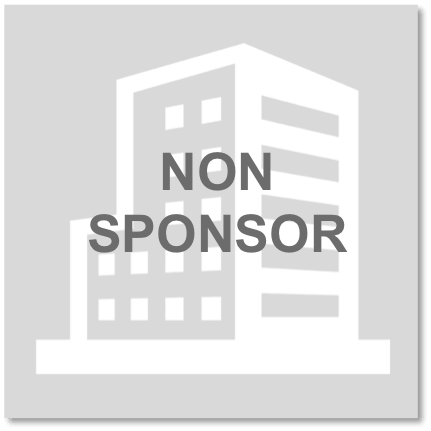 Not the Same Company or Support since the GolfNow Acquisition

Submitted Jun. 8, 2020
Customer Support
1
Quality customer support?
Ease of Use
3
Was the tool relatively easy for your team to adopt and use?
Uptime and Reliability
2
Does the system have good uptime and reliability?
Analytics and Reporting
1
Average: 1 (1 vote)
Are the reporting and analytics tools powerful and easy to use?
Web and Mobile Interfaces
1
Average: 1 (1 vote)
Are the user interfaces easy to use?
Database & Marketing
3
Average: 3 (1 vote)
Does the software offer easy customer collection and communication tools?
Overall Value
1
Average: 1 (1 vote)
Overall value of the product to your business?
Primary Job Function:
Owner
Years Using the Product:
5+ years
Thank Reviewer (0)
Report Review

We have had IBS for 15 years, EZ Tee Pro for several years, and EZ Tee now for just a few months (four locations total).  The change in customer service since GolfNow bought EZ Links is dramatically worse.  They act now as if they have no competitors and are failing to make good on huge mistakes that they made recently in converting us from EZ Tee Pro to EZ Tee.  I can no longer recommend any EZ Links solution.

We had been fairly satisfied with our IBS solution and decided to try EZ Tee Pro.  While EZ Tee Pro was a good solution for us, it was almost three times the cost of IBS.  We decided it was not worth the cost differential and asked to convert back to IBS.  This was following the GolfNow acquisition, and GolfNow refused to let us convert back to IBS.  Instead they offered their EZ Tee product with less features at a higher price.  We reluctantly agreed to convert our two EZ Tee Pro locations to EZ Tee.

The conversion to EZ Tee was highly problematical and very costly to us.  We have never had such a difficult conversion (and we have had many) that was fraught with all kinds of problems.  The EZ Links implementation manager was not well-trained, either, and was very ineffective.  Updates that were supposed to push to all terminals did not, and they had to be all manually added.  Also, tee times that were supposed to update to our website and to other 3rd party affiliates failed to post.  In addition, they did not tell us until the conversion that the EZ Tee system would not interface with a competing 3rd Party Reseller.  Altogether at both locations we estimated $5,000 in both extra labor costs and lost tee time revenue due to EZ Links conversion mistakes.

When we asked GolfNow/EZ Links to reimburse us for our conversion losses, they agreed to our $5,000 figure but stated that they would not waive any fees or reimburse any of this unless we renewed all of our agreements with them, some of which did not even expire until 2021.  They also tried getting us to buy MORE from them in order for them to compensate us for their conversion mistakes.  In addition to trying to get us to renew our EZ Links agreements with them (to get the $5,000 conversion mistakes reimbursement), they also wanted us to buy the GolfNow ClubBuy program.  They also tried to gain more barter (a 2nd tee time) to get us to convert back to EZ Tee Pro.

We asked GolfNow/EZ Links to treat us fairly on their conversion errors and not expect other purchases until they resolved our concerns.  Our prior experience (before the GolfNow acquisition) is that EZ Links would have treated us fairly, made good on their mistakes, and not expected other purchases from sister companies in order to reimburse us.  Now, under GolfNow, they are taking a different attitude, refusing to compensate for their mistakes and in our view not treating us fairly as a good, long-term customer.

What really appalled us is that GolfNow after we asked for compensation then tried to back bill us for usage of EZTee Pro (our prior system) from the time we cancelled that service and asked to move to IBS and the time they actually moved forward with the conversions to EZ Tee.  Quite simply, they must have overlooked our written request, kept us using EZ Tee Pro and then when they discovered their mistake, they decided to ask us to pay for the time it took them to convert us to their lesser expensive system, EZ Tee.  Coincidentally, they presented this payment request to after we asked them to compensate us for the botched conversions to EZ Tee.

We are finding that the EZ Tee system is not as good as the IBS system that we requested and are paying less for at our two locations that have had IBS installed for some time.  The reporting features of EZ Tee are very limited, and it still does not connect with one of GolfNow’s competing 3rd party resellers, Paradise Golf.  We have found a number of bugs in the EZ Tee system, and it is not performing well for us.

While we feel that the EZ Tee Pro is a good system and IBS has performed fairly well for us, we cannot recommend EZ Tee.  Additionally, we would question whether any course would want to move forward with an EZ Links product since the GolfNow acquisition and the serious service degradation that we have experienced since then.